Posted at 08:01h in Uncategorized by Michelle Wolfson 9 Comments
Share

So this one time, I got a query from a writer and I really loved the way her book sounded. So I responded immediately, as I often do, with a request for 75 pages.

At the time, I think my standard request for partials was for 50 pages, so the extra pages were meant to signal to myself that I had really liked the query (you see how I’m giving away all my inside secrets???)

Anyway, who knows what happened. Well, I know what happened, but that’s a lot of personal, behind the scenes stuff that’s not really any of your business.

Suffice it to say, life interfered and I eventually closed to queries to catch up on the backlog of requested material that I had.

So the day finally came when I got to that partial. It was the very last one in my folder from the backlog (I think it really was, but even if it wasn’t, it makes the story better, so just go with it).

It pains me to admit this, so please imagine me hanging my head in shame and whispering right now, but it was more than one year later that I finally read that partial.

No, wait. I devoured that partial.

Next step: Incredibly apologetic email for my inexcusable delay, etc. etc. I can’t imagine that someone hasn’t snapped you up yet, but on the off chance…

Well as luck would have it, this author was in the middle of a big revision, and wanted to hold off on sending me the full manuscript until it was done, which she estimated would be about another month.

I guess the timing was perfect after all.

I can’t think of a better way to celebrate the one year anniversary of my blog* than with the release of that very book.

Happy Book Birthday to Kimberly Sabatini and her debut novel, TOUCHING THE SURFACE which is available in stores today! 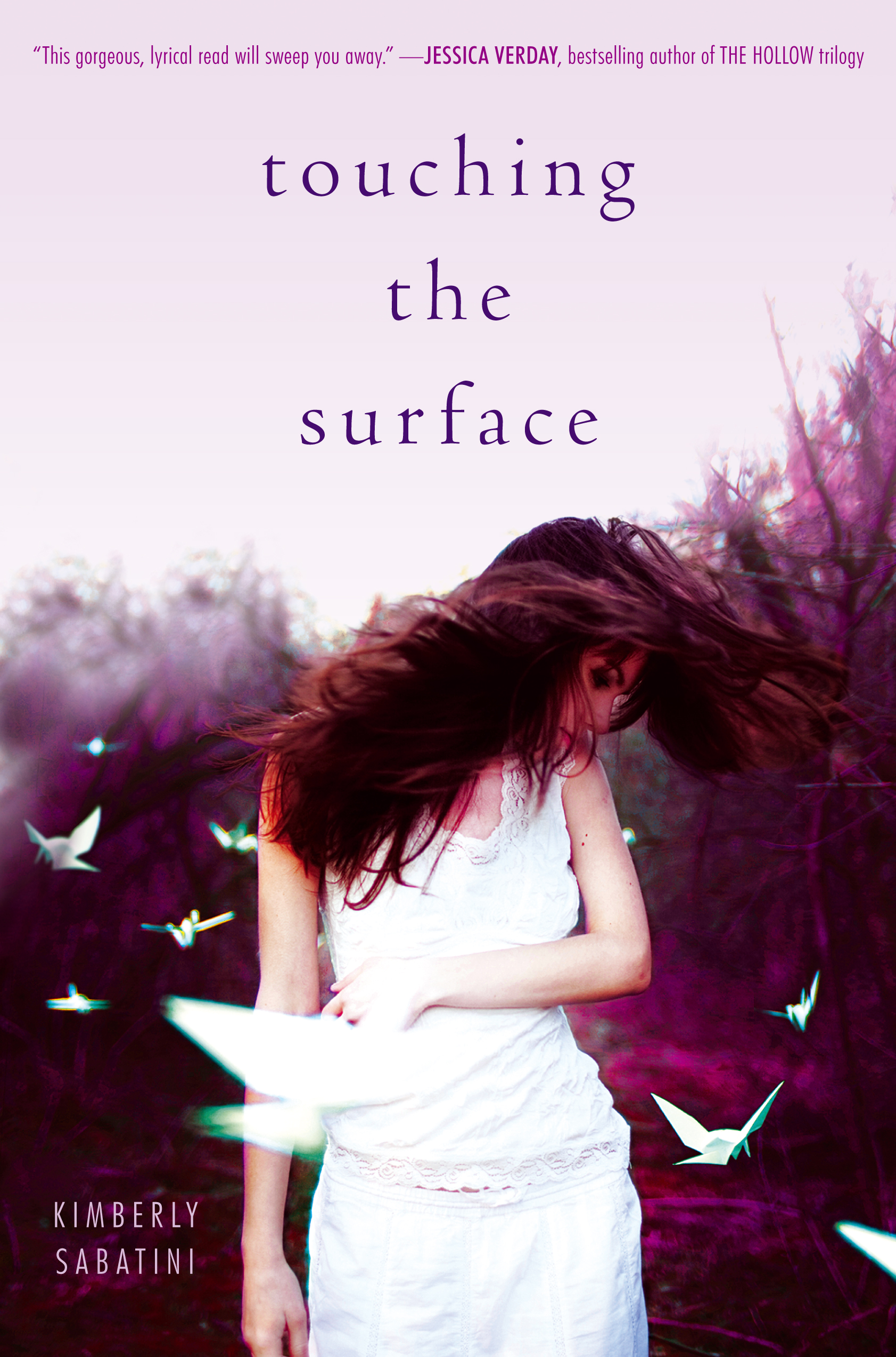 So it turns out that I told this story before.*

I know. Only one year of blogging and I’m already recycling stories. What can I tell you? It’s a real favorite. Even though it showcases a one of the most embarrassing things about me–my abominable response times–I like to think there’s an element of hope in there, an element of timing, and a little pinch of je ne sais quoi. Fate? Luck? Or as Kim put so eloquently in her acknowledgments (which make me cry every time I read them) “the power of intentions–the magic of words let loose into the universe.”

What I think is so important to note about this story, and especially because the happy part took place one year later, is that Kim didn’t send out one query and then sit and wait to hear from me. She sent other queries. She kept writing. In her case, she kept revising and working on that manuscript.

In other cases, writers start writing new manuscripts. But the key is to keep on writing. Keep moving forward.

But this way, one year later, you may be one step closer to where you want to be.

*I swear I wrote this entire post and then when I was searching through old posts for yesterday’s posts on favorites, I found it and was like uh oh. Anyway, don’t forget to congratulate Kim in the comments! Even better, go buy her book!!