Posted at 12:41h in Uncategorized by Michelle Wolfson 13 Comments
Share

Wait, before I get into what’s bugging me, want to hear something kind of funny?

I was doing some work and stuff, you know, and then all of a sudden I was on my blog and I saw that thing which is annoying me and so I decided I must post this post which I’m going to post in a minute and I decided it must be called STOP IGNORING ME

Wait, I have to interrupt and tell you something else funny first.

So I was typing that Stop Ignoring Me in all caps there and instead I wrote STOP ANNOYING ME which is funny because both the ignoring me is SO ANNOYING and also the first funny thing that I was about to tell you is SO ANNOYING.

So back to the 1st funny thing. The ignoring/annoying was the 2nd funny thing, in case you only thought it was semi-funny. Which would be kind of annoying.

Anyway, So I checked my blog to see if there was a new post, but there wasn’t. Annoying.

So the 1st funny thing was the reason I wrote annoying instead of ignoring, is because I wanted you to stop ignoring me, which is totally annoying, but as I was about to type ignoring, I realized there’s something even more annoying going on. Right now!!

There’s a freaking jackhammer going on outside my window!! WTF?!?!

And the 3rd funny thing–I know, I can’t believe there’s a 3rd funny thing, although this is kind of more crazy than funny, is that just this morning as I was looking out the window at the epic snowstorm, I was looking back at the building across the street that has been under construction for TWO YEARS when you consider all the time it’s taken to take down the previous building and put up the new building (and that’s been a LOT of jackhamering for someone who works at home), and I was thinking wow, bet those guys are really happy all the windows are up now, unlike during Hurricane Sandy, when they had to wrap the whole building in some kind of protective gauze (although in retrospect it was probably a little stronger than gauze) to keep all the heavy machines from blowing out the open sides and into my windows. (Thanks, guys!) And I was thinking, man, I’m so glad all that jackhammering is done.

Wait. That wasn’t funny. That was just annoying.

Although what’s funny is that when I saved this as a draft and read it I had this written: “Whew! That was kind of exhausting telling that funny/crazy story. Was that even a story??” But the answer was no, it wasn’t a story, because I had forgotten to write the last line about how I’d just been thinking how glad I was that all the jackhammering was done, which had been the whole point of my story!!!

I think this may be reason 10 kajillion why I shouldn’t be a writer or something. But that’s not what this post is about.

But it does bring me back to the first annoying thing which is why I started writing this post–remember way back at the top when I checked my blog? I don’t know how to return to top. Ha! I just underlined that (and colored it–tricked ya! (which reminds me of another funny story but I’ll save that for another time)), but didn’t link. Since holy crap, if you actually returned to the top we’d never get to the end of this post.

So I checked my blog but back then there wasn’t this new post, there was only the last post about you know, these two AWESOME BOOKS I have coming out in the next two weeks. And you know how many comments there were? NONE!!

Yeah yeah yeah, don’t try and curry favor with me by posting a comment there now. It’s too late. And I don’t like curry.

But lookee here. I have finished copies of these GORGEOUS, awesome books. 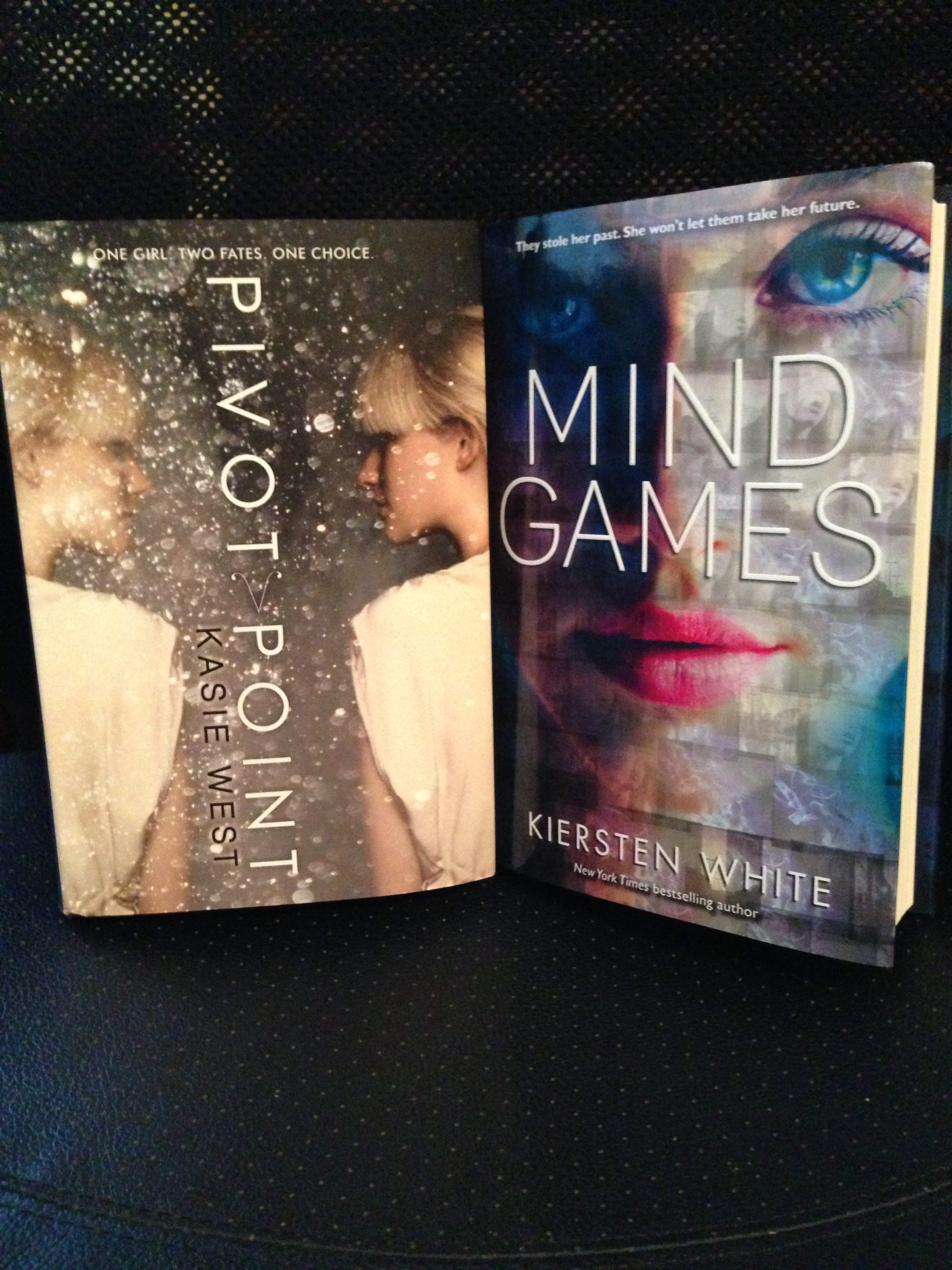 I know you want these. And I want to send them to you.

In the comments, please give your most creative spelling of Kiersten and Kasie’s names (feel free to go by how you think they should be pronounced, how you feel they are pronounced, or get totally creative like “Big K” or “Little K” or whatever. And I’d suggest a different color/direction for their last names, but again, feel free to be creative).

Don’t forget, I don’t use random number generators. I like to judge you. So please entertain me. Winner will be picked when I feel like it, but probably Monday morning, so don’t wait to enter. Depending on your answers, and my mood, and how many I like, one winner will get both books or two winners will each get one book.

*This contest was approved by nobody except me. It is not open to international people. I am the sole judge and I don’t have to justify my decisions to anyone. Enter or don’t. But I’m just saying, these books are crazy awesome.

**So don’t ignore me again.

PS-As I’m reading this post before I post it, I have to admit, I’m finding all those “funny” things a little confusing, like maybe there are even more than 3. But I can’t quite sort it out. But maybe that’s just because I totally crack myself up. Which of course is why I can’t believe no one commented on the last post. I hope you realize I’m still pissed about that. And really you totally don’t deserve a reward. This is setting a bad precedent.

I just decided that the above part of the contest can only win you one book. In order to win BOTH books, you need to list what the 3 funny things were in order, and what was the hidden 4th funny thing.

Hint, that last line is not the hidden 4th funny thing and if you put that it will automatically disqualify you from the contest.

PPS-This bonus question is harder than it seems because I just reread this post one last time since I’m about to post it and I realize that all the funny/crazy things make no sense. So have at it, and I will judge you.

I changed my mind. The real contest is making sense of the 3 funny/annoying things and then pointing out the 4th hidden one and then the bonus question is figuring out a new name for Kiersten West/Kasie White. See-just like that. Snuck that in. They’re really Kiersten White and Kasie West. But make yours better than those or you’ll never win.